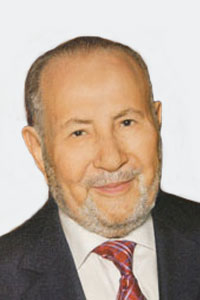 The founder of Mercantile Group, the Late Mr. Moussa has had a long and extremely successful career both in the public sector and the private sector.

After the Libyan independence from the Italians Mr. Moussa was charged with the formation of the Home Office &amp; Immigration Department as well as the Libyan Social Security fund. During this time Mr. Moussa also served as the Minister of Defense and Member of the Libyan Parliament.

In 1967, Mr. Moussa left politics and dedicated himself to the private sector where he set up relationships with a host of companies including acting as distribution agent for Ericsson, Philips, Olivetti and Thomson CSF.

In the early 1970s, Mr. Moussa moved to London where he went on to establish a thriving real estate and commercial portfolio in the UK, Morocco, the United States and UAE.